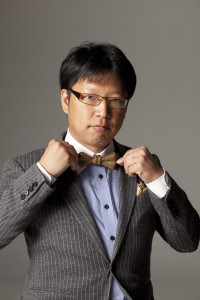 Born in Bizen, Okayama Prefecture, home to Bizen ware in the southwest Japan, Mori was introduced to pottery at an early age from his grandfather, Furai Mori, an accomplished potter who was active in the Bizen ware scene.
After inheriting Furai’s kiln in the year 2000 (due to Furai’s demise), Mori began to explore his own style through apprenticeship under Gyokushu Kimura, a profound Bizen potter. Ever since his first show in Tokyo in 2001, Mori started to hold exhibitions at the galleries in major cities around Japan including Okayama, Kobe and Fukuoka.